Statistics: Statistics is the discipline that concerns the collection, organization, analysis, interpretation, and presentation of data

Variable: A variable is a storage of observations, which can vary w.r.t. to time or event

Descriptive Statistics: Methods used to summarize or describe our observations

Inferential Statistics: Using those summarizations for making estimates or predictions, i.e. inferences, about a situation that has not yet been investigated

Population: All the case or situations, that the statisticians want their inferences

Sample: A subset of the population

Random: Each member of the population having equal chance of getting selected for a sample

Stratified Random Sample: Each strata (i.e. individual class) having equivalent representation in the sample
i.e. if a bag has population of 100 balls, i.e. 52 red, 24 green and 24 blue, then aafter performing Stratified sampling for 50 balls out of the bag, i.e. (50% of population) will have
26 red, 12 green & 12 blue balls. Choice of balls would be random, but count of balls would be a representation of their strata in population

Category: Category is a class or division of people or things regarded as having particular shared characteristics, e.g. the Red Balls category share similar characteristics of being Red in color

Category Variables: Any varibale, that involves putting individuals into categories

Quantitative variables: Variables which carries data that is either measure of values or counts, and are expressed as numbers, e.g. Continous(length of a mobile screen) & Discrete(number of mobiles)

Ordinal Variable: A variable which helps us to disctinctly arrange sample members into in an orderly fashion
e.g. Grades, Rating, etc.

Discrete Variable: A variable that represents a value, which countable, i.e. one in which the possible values are clearly separated, e.g. 1 Train, 2 Trucks, 3 Apples, 4 Niqqah, 5 Occeans, etc.

Type Conversion: Quantitative data can be converted into Qualitative data, i.e. converting marks to Grades, however, this leads to Information Loss, as converted data can't be brought back to its precise past value

Table: A table is a set of facts or figures, systematically displayed in columns Frequency Table: Representation of data in the form of showing frequency, for each category Proportion: a share in comparative relation to a whole Pie Chart: A non-linear form to represent the same information is Pie Chart Distribution: Lets considere few observations. Below given is the observation of number of student present in a class, where each cell represent a unique class

Data in this format is not easy to digest and defintely not the best we can present in. A sinple enhancement to this would be, to arrange them in an order, i.e. Increasing or Decreasing order. Now, each of the column is sorted

What we created above is called a Distribution, i.e. an orderly arranged quantitative variable

And since we can't have a "1-midpoint" in case of even number of observations, so instead, the values which divide the distribution in equal left & right halves (25&45 divides this even distribution in 2 equal halved), we would take the mid-distance between those values as our median value

Arithmetic Mean: Although Median is a good representative value of a distribution, but far more quoted one is Average. Almost every time someone mentions Average, they are talking about Arithmetic Mean, not the other kind of means.
Arithmetic Mean is, addition of all the values in a distribution, and dividing the sum with the number of observations

Dot Diagram: Distribution (orderly arranged) is better to digest as compared to raw form, this can still be further optimized, by using graphical illustraion instead of directly crunching or looking at each value in the observation

E.g. lets look at the below recorded values

A much optimized way of looking at it, instead of reading each and every occurence of values would be Dot Diragram, i.e. pictorial frequency distribution table Histogram: Another way of representing frequency distribution, specially in situation where unique observations are too large, is to group the observations in buckets, i.e. via type conversion of quantitative data into categoprical buckets, and then plot its block diagram Lets taalk a bit about dispersion too. Dispersion is about spread of data. Remeber median? That is going to help us in measuring dispersion
Lets assume the below given images tells about the total spread of the distribution

Lets plot a median in this spread of data

The name Q1,Q3 denotes the 1st and 3rd Quartiles and it is used to calcualte IQR

Any data point lying beyond Whiskers could be declared as Outliers

Dispersoin From Mean: Another useful way of computing the spread of data is, employing Mean to our rescue

Lets assume a distribution X which carries 5 observations. We can calcualte its mean easily, and thhus can also calcualte the deviation of each observation from the mean also very easily

Since, the Deviation is a ditance calculation between an observation and the mean of the distribution it bleongs to, it can be sometimes negative in nature. This would affect the arithmetic mean.

- To resolve the problem, we can take square of each deviations, and totally get rid of negative value

Variance: And the arithmetic mean of the Square Deviation is called Variance

And, as you noticed, the very same square root of Variance, is also known as Standard Deviation. But, what the fliffity fluffity-fluff is Normal Distribution, which I very smoothly mentioned without giving any context, you may ask. "Well, goood observation", I will reply.
We already know what is distribution. Lets look at what is normal and what is not normal.

We have already seen what a Histogram looks like

In a Histogram, if we split up all the bars into infinite numbers of smaller & smaller bars, ultimately we would end up with a smooth (continous) curved line, called as Curve of Distribution.
Below provided video gives a nice vsual interpretation of what we just learnt 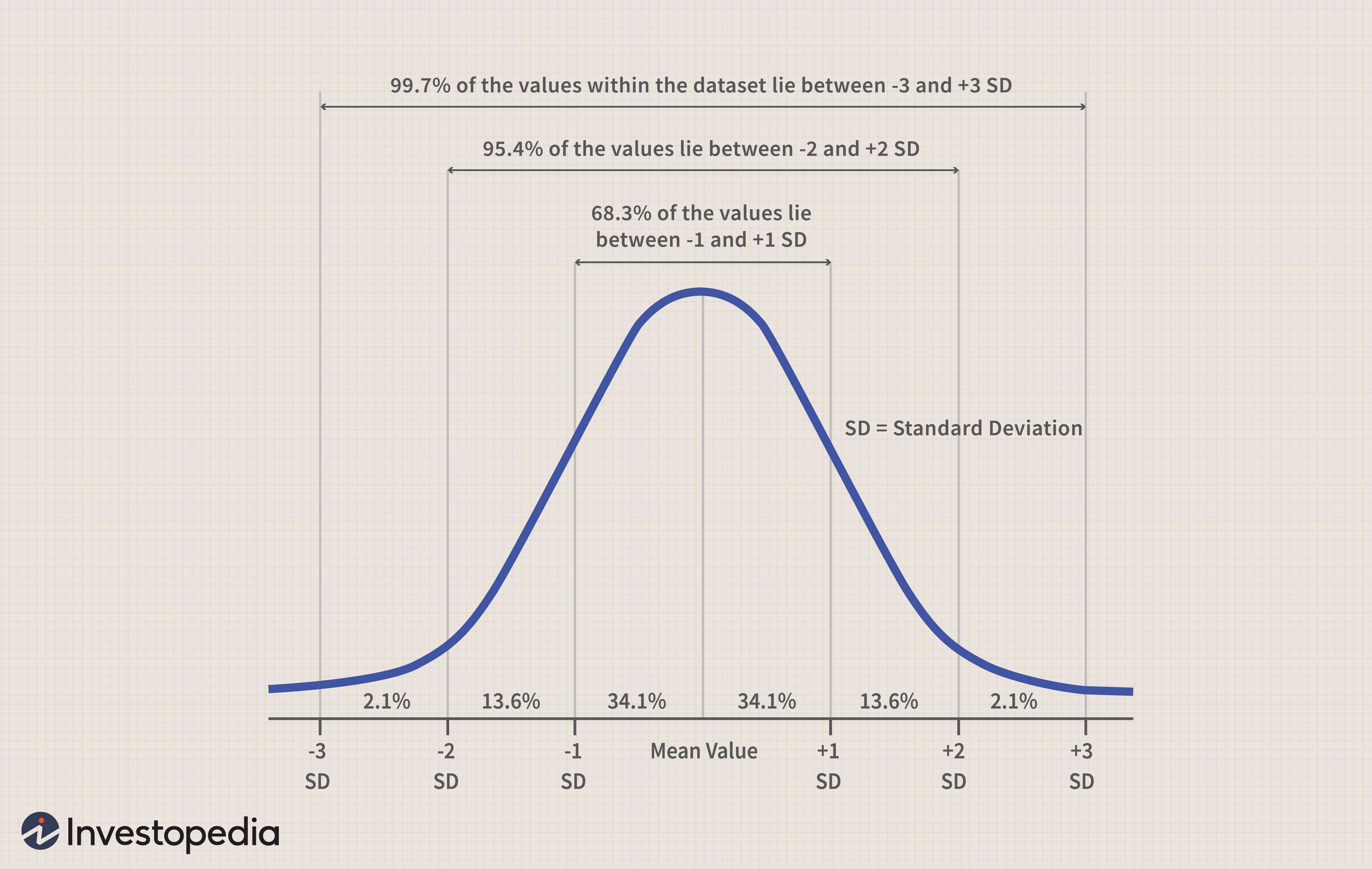 Skew: Remebering whether the curve is Right-SKewed or Left SKewed, other wise Postively-Skewed or Negatively-Skewed has always been confusing for me